The Super Remote that changes your TV forever. 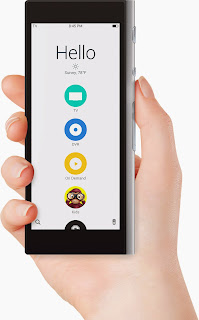 "Stop fiddling with your 97-button remote and assume control of your living room again.

Ray is a flying car for your television, a super remote to officially usher you into the future. And folks, the future is nice. Like, "touch the screen and you're there" nice. Rocking a visual user interface and one-touch technology, holding Ray is like transporting yourself to the year 2049 and then finding a television to watch season 38 of Empire." - Learn More