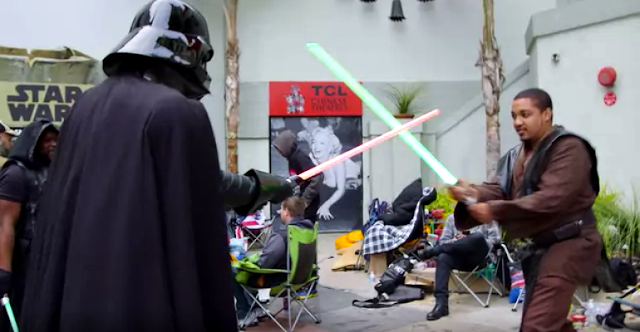 Finally, it’s almost here - today is the years-long anticipated premiere of ‘Star Wars: The Force Awakens' and people fighting for line position to the box office. We have some great Star Wars videos on the WIRED channel of Condé Nast Entertainment's The Scene to help you wait out long waiting lines. Thanks to Conde Nast Entertainment for sharing the force with us.

Cosplay or Real Play? Don't Mess With the Line 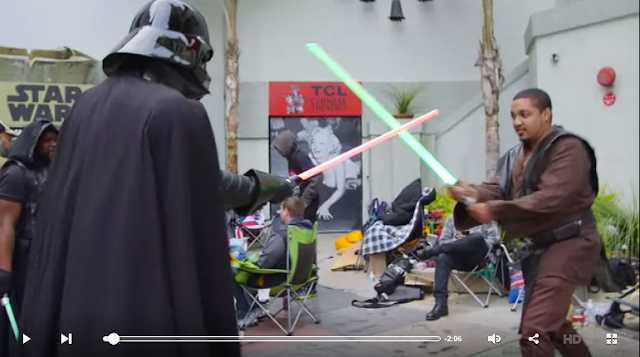 WIRED caught up with the fans who lined up for tickets nearly 2 weeks before the release of ‘Star Wars.’ From keeping their job to keeping their marriage, the cosplay-dressing superfans break down the rules to waiting in line. 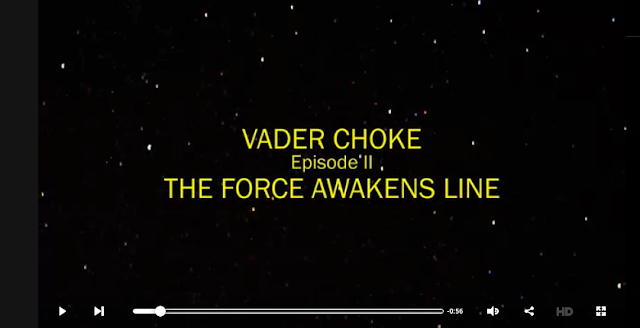 Back in July, Wired's video of Darth Vader Choking  Fans at Comic Con became a viral hit. This time, Vader is outside the TCL Chinese Theatre in Hollywood for the film premiere – watch unsuspecting fans find out what it’s like to get force-choked. 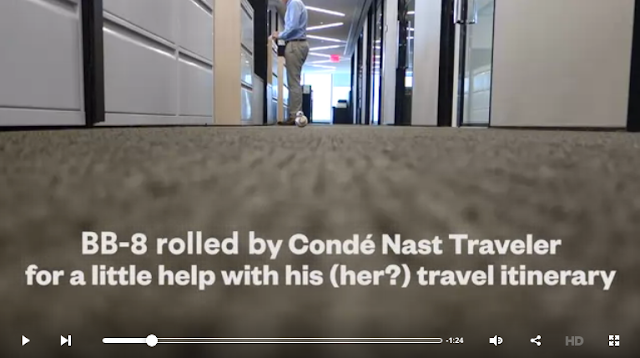 It’s hard work being the galaxy’s newest (and cutest) droid. So, BB-8 and Conde Nast Traveler planned a global trip – to places near and far, far away for the overworked droid. 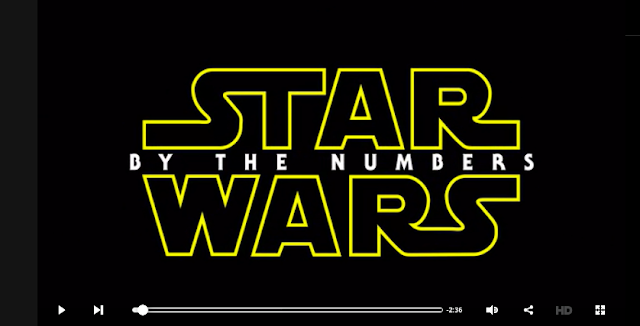 Have you ever pondered these questions?

Find out everything you didn’t know about the epic franchise, as told by Star Wars action figures, in the latest episode of WIRED’s popular digital video series, Data Attack.