DuckDuckGo Reaches 30 Million Searches, While VPNs Are Used by 25% of Internet Users 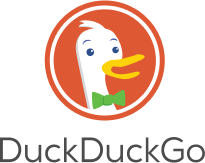 DuckDuckGo, a private search engine, has just reached a record number of searches. NordVPN comments on the increasing need for more privacy

Internet users are becoming aware that they lack basic privacy and cannot be sure that the information they share online will not be sold, leaked, hacked or stolen. Private data is used to build user profiles that can then be sold to marketers and other third parties - and it’s all perfectly legal.

“When we launched NordVPN, it was mostly a tool for technology geeks and those who were aware how encryption worked, as well as those who wanted to reach the uncensored Internet,” said Marty P. Kamden, CMO of NordVPN. “Recently we have reached 8 million users. People are realizing that their personal information is very insecure if they don’t do anything to stay private online.”

“Besides cybercriminals, who can easily hack into any unprotected WiFi network, most search engines and ISPs also gather people’s data. VPNs encrypt the user’s data into a secure tunnel, which makes it invisible to any third parties. Search engines such as DuckDuckGo are also growing rapidly because of the privacy they offer.”

“VPNusagespikes when governments pass intrusive laws like the UK’s Snooper’s Charter or the net neutrality revocation in the U.S., and the demand for a private search engine grew after Google announced privacy policy changes and Snowden leaked documents detailing mass surveillance. We recommend that people use both DuckDuckGo and a VPN to protect their privacy,” said Marty P. Kamden.

Even if DuckDuckGo currently only represents 0.18 percent of the global search market share, it is now ranking ahead of AOL, which used to be an industry leader.

DuckDuckGo currently represents only 0.18 percent of the global search market, but with this growth rate it might soon gain much wider popularity.

The growth of VPNs and private search engines shows that users are increasingly turning to services that can protect their online privacy and safety.

NordVPN is the world’s most advanced VPN service provider that is more security oriented than most VPN services. It aims to become the world’s easiest-to-use VPN with a strong focus on user experience. NordVPN offers double VPN encryption, malware blocking and Onion Over VPN. It apps provide a unique algorithm, allowing to automatically connect to the fastest server. The product is very user friendly, offers one of the best prices on the market, has over 5,000 servers worldwide and is P2P friendly. One of the key features of NordVPN is zero log policy. Nordvpn.com

Anonymous said…
Pretty sure I've gotten like 20+ ppl to sign up for ExpressVPN. Glad I'm doing my part in helping make the web more secure!
4:15 PM

Matrix said…
yeah nordvpn is making it so common like a pair of jeans with their tv ads and influencers, we need to educate everyone to take care of thier privacy. But it is not a joke, fewer ads appearing when I started to use them it is impressive.
12:33 AM