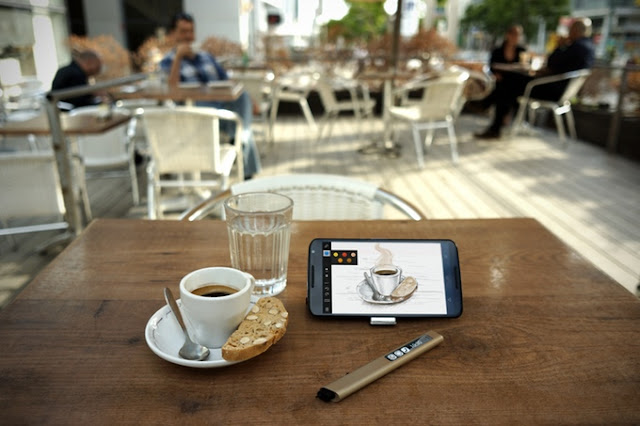 We get some interesting people and products come across our nerdy desk. What if you had a input device that would work on you smartphone, pad , TV and computer? And...what if that same input device doesn't have to touch our phone or tablet screen. Well, that's what Phree is. Phree is an input device that actually works on any surface via patented optical technology. We caught up with co-founder and CEO, Gilad Lederer of OTM Technologies, the designer and maker of Phree at the popular Galvanize Cafe in San Francisco on a quick 48 hour drop-in visit. The Phree device (sounds strange huh?) detects motion in three dimensions unlike mice or touch pads which only have two dimensions. Currently, Phree is on its last legs of its successful Kickstarter campaign which has shattered its initial goals. Get some insights from Gilad as he talks about the technology and Kickstarter.


Do You Hate Writing on Your Screens?

"Phree is a mobile input device essentially that works with any device and operates by writing on any surface - could be the back of your hand, your lap, any tabletop..."


"We invented the OTM sensor, which is a tiny sensor which measures motion of any object in space...putting this in Phree allows it to measure natural handwriting"


"You are unconstrained by the size of the screen"