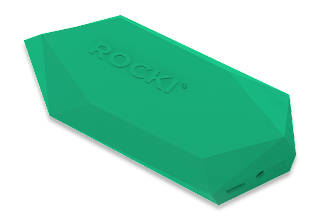 Nerd Stalker interview with Dennis List of Dutch startup Rocki, forgive the video quality (or just listen to the audio version under the video above) we were at the mercy of hotel lobby wifi. 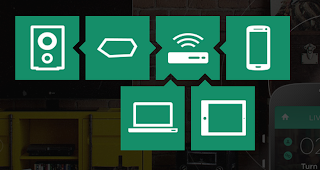 Rocki has created a very clever small and lightweight device that can jump on wireless networks and execute instructions via the web to play audio to any speaker it's connected to. Want to connect speakers all over your compound? Just connect more Rocki's and your all set. With Rocki you can have more than one phone controlling the music and create a music queue together, think dj battle. The silicon like cover comes in seven different colors and (as of this post) the device is sold for the very less than Sonos price of $49 (plus version) or $89 (play plus version). The device can fit in the palm of your hand and is extremely light. 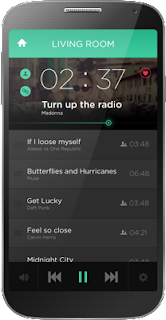 Some future plans for Rocki are to solidify some partnerships with as many music providers as possible, think Spotify and the others. Also they say they will eventually release an open API for you developers out there. We love that Rocki has effectively commoditized wireless home theatre systems for the middle class.

Anonymous said…
About a year ago, my wife and I renovated our home in Fort Lauderdale. We wanted to enjoy a cinematic experience from the comfort of our own home, but we did not have a huge room to work with. Thanks to the team at Pure Audio Video, we got a beautifully designed room that looks and sounds far better than the local movie theaters! What I admired the most is that they listened to our priorities and delivered the room that we envisioned. Contact them today at www.pureaudiovideo.com or (954)-581-4434.