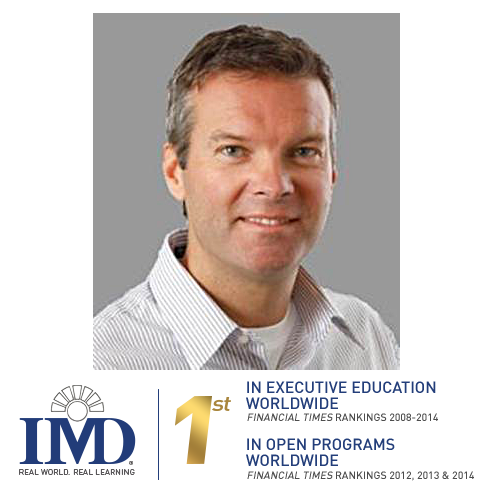 [Guest Post by IMD's Mike Wade]
With the recent launch of retail giant Amazon's new smartphone, experts are speculating as to whether it will radically change the telecommunications industry as the company has done to publishing, or if its Fire phone will fizzle out the way Facebook's recent product did. I don't think that the Amazon Fire phone will enjoy hot sales initially, but Amazon's venture into the industry will eventually ignite innovation and consumers will warm up to its benefits.


Here's why I think the Amazon phone will flame out now. The phone does not outperform existing smartphones on features that most consumers care about, like battery life. Its app library is tiny compared to Android; Google has refused to port over its massive Android library, so there are no Google Apps, Google maps, etc. It can't access the Apple App Store either. The Fire phone is surprisingly expensive, at nearly the same price as Samsung and Apple phones. In the United States, it is currently only available on one network: AT&T. In addition, Free Amazon Prime membership is only available for the first year.

However, I believe Amazon's phone will eventually be a surefire success for the company and customers. Amazon is a relentless competitor. It fights hard even if it has to sustain losses; just ask the publishing industry. Amazon has a great track record of success and it is dangerous to bet against them. The company has experience in the technology business from its Kindle and Amazon web services. It is bundling free access to Amazon Prime, so it can sell more products. And the phone also has unique features like 3D animation and 'firefly'.

For now I predict that sales of the Amazon phone will be slow and the company will sustain heavy losses (like the Facebook phone that preceded it). However, Amazon will not give up and will release a second version within a year that will be much improved. It will still not be the number one phone, but it will make the big competitors nervous, spurring innovation and price cuts across the industry. The net effect will be a win for consumers – cheaper and better products.

Michael Wade is a Professor of Innovation and Strategic Information Management at IMD. His interests lie at the intersection of strategy, innovation, and information management. He is co-director of the Orchestrating Winning Performance (OWP) program and teaches inLeading the Global Supply Chain (LGSC) and the Breakthrough Program for Senior Executives (BPSE).
Amazon fire IMD Mike Wade mobile