Do you know what Megabots, Big Ant and Electric Giraffe is all about? The 12th Maker Faire, also known for years as the Greatest Show(&Tell) on Earth, comes to the Bay Area on May 20 & 21 will show you. The Nerd Stalker team will be there to witness the maker-extravaganza. We hangout in the tech pavillion but we are serious considering the other options If you haven't been to Maker Faire, we have some highlights for you to see below.

A Lot To See

A lot to see and do but well worth it. We compiled a video list of things to see at this year's Maker Faire.

MegaBots: The debut, and only appearance, of the MegaBots Mk.III combat robot before the Giant Robot Duel in August. Check out the video below.


Chalk the World: Three Young Makers from the Pacific Northwest are on a mission to inspire people of all ages to use their imaginations with a 1952 milk truck converted into an interactive chalk truck—and are driving it across America, handing out chalk.
Big Ant: A creation and "traveling machine" of Les Machines, the Big Ant is often described as a combination of invented worlds of Jules Verne and the mechanical universe of Leonardo Da Vinci.

Balloon Makey: It's the art of folding air! The Airigami team will build a massive art installation, starring the Faire's own "Makey," using nothing but thousands of latex balloons. 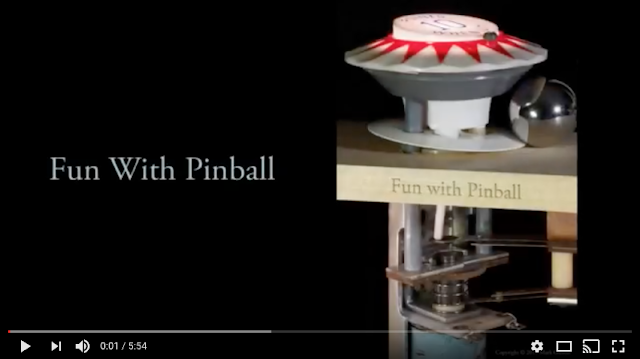 Electric Giraffe: A veteran of all 12 Bay Area Faires, Russell the robot giraffe will be back to roam the venue while playing music and delighting attendees.

The JACK: The JACK is an 18-foot long inflatable sculpture made from squishy, mirror-chrome plastic. Despite being larger than a small truck, the JACK weighs only 140 pounds and can be easily tossed or rolled.

Lighthouse Creativity Lab: Design challenges a plenty will be on tap from this collection of Makers. Attendees of all ages can get hands-on with making their own marble runs, paper-circuit murals, maracas, and fairy villages.

TOBOR the Giant Robotic Dinosaur: TOBOR is a larger-than-life robotic dinosaur with wireless remote control that can pick things up and be driven around. Get a first-hand look at this awesome beast at the Faire.

Delorean Hovercraft: This hand-made Delorean is an amphibious vehicle that travels around by hovering on a cushion of air. Powered by gasoline engines and fans, it can carry two people over any relatively flat surface. Flux capacitor included.

Tinker Kitchen: This food hacking community will host a maker space with all the cooking gadgets you can't fit into your kitchen. Get hands on with industrial culinary hardware like sous vide circulators, commercial pasta extruders, chocolate tempering machines, and more.

Get your your tickets by clicking the Makerbot below. See you at the Maker Faire.