Get Ready for the Rise of the ‘SMART-UP’ 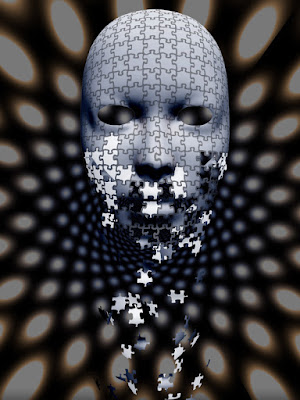 Hello AI startups. Listen up. Magister Advisors, the leading global M&A advisory firm to the technology industry, has issued the following analysis, pinpointing the inversion of conventional M&A ‘laws’ for AI companies.- (1) Pre-revenue AI companies being acquired for more than $2M per employee; (2) Tech industry experiences its first 'Deep Blue moment' as AI and machine learning attract buyer premiums; (3) AI firms without revenues are more valuable than those with, as buyers look for pristine competitive advantage


In AI Acquisitions, it is a Team Game

Magister Advisors, the leading global M&A advisory firm to the technology industry, has issued the following analysis, pinpointing the inversion of conventional M&A ‘laws’ for AI companies. The key points:

Pre-revenue AI companies being acquired for more than $2M per employee, with Magic Pony attracting $10M+ per employee

Twitter just paid $150M for 14-person Magic Pony, a UK-based AI visual search company barely anyone had heard of before the deal. At $10M+ per employee it marks a high water mark in AI for what is essentially a team acquisition. Magister has tracked 26 AI driven deals since 2014 in the US, Europe and Israel, 11 of which involved companies with less than 50 employees which were acquired largely, or entirely, for the team and capability. Across all 11 deals, the median price paid per employee has reached $2.4M, meaning a high quality AI company with 40 employees would be valued at near $100M. Even if it had little or no revenue.
Victor Basta, managing director at Magister Advisors, said: “A good AI engineer is worth more than many company CEOs right now.”


In fact, AI may be the only sector in tech where pure team value now significantly exceeds business value, meaning early stage AI companies can be valued far more highly as a multiple of employees than on performance (bookings, customers, let alone revenue).

In every other part of tech, team purchases, referred to as “acqui-hires” are normally low value exits for companies destined not to succeed.

A scramble is on, creating buyer competition for great teams. AI can attract a wide range of larger buyers, from eBay to Twitter to Amazon to Microsoft. Ordinarily these buyers would not normally compete with each other in M&A, but in a range of key AI areas their interests overlap (visual search, for example). As a result, we are starting to see 2, 3 or even 4 buyers chasing a growth stage company, irrespective of geography or revenue achieved.

AI firms without revenues are more valuable than those with, as buyers look for pristine competitive advantage

- Perversely, revenue can reduce value – The current structure of the AI industry involves many small start-ups who are delivering “engines” or algorithms that larger vendors embed in their own offerings to customers, saving AI firms from having to build distribution and gaining traction quickly. But the revenue these relationships generate can often be a negative to value, since an M&A buyer wants the acquired AI team to focus entirely on THEIR next gen offerings without distraction. Therefore, perversely, buyers are willing to pay more for companies who do not have a lot of revenue.

- That’s convenient, because revenue is hard to generate – For many AI companies incorporating their technology into a larger company’s site or products, revenue is usually not generated on a volume basis ($/product sold) but is often a semi-fixed amount based on milestones achieved. As a result, an AI company can “power” a major site’s success and generate sub $5m in total revenue from that arrangement; not enough to build a business. AI companies therefore find the value they can generate by being acquired far exceeds the value of building out the business. A version of this helped drive the Google/DeepMind deal, and drives many current deal discussions.

- Supply and demand is at work in these valuations. High-quality AI engineers are in very short supply, and majors who have fallen behind the AI race (read: Twitter, AOL and dozens of others) see what Google is achieving and are scrambling not to be left behind. This applies to a gamut of functional areas from visual search to machine learning to robotics, virtual assistants, predictive analytics and many, many other AI application areas.

- Interest in considering a sale being driven by recent funding – Since 2010, c. $1B has been invested by VC’s and corporates into 180 companies across the globe. Average funding is therefore around $5m. As a result, there are a large group of AI companies funded to proof of value that will need significant additional money to scale. Many VC’s are opting for a clean sale now instead of risking building out these companies, especially since many are run by engineers who don’t have the experience or inclination to build a big business.

- Israel and the UK are emerging as world centres

- Many firms such as IBM and Intel are expanding their AI footprint in Israel, and Israel is emerging as the leading world site for AI. Witness the recently announced Zenbo home robot from ASUS, developed at Intel’s Israeli AI centre. More broadly, Israeli start-ups are utilising AI in various verticals, including Healthcare (MedyMatch), Security (Faception) and many others.

- The UK is also an emerging hotbed for AI companies due to the influence of Cambridge, Oxford, Imperial College and a crop of AI-active VCs such as White Star, Playfair, Notion. Recent UK AI driven companies achieving successful exits include DeepMind (acquired by Google), Swiftkey (acquired by Microsoft), Evi (acquired by Amazon), VocalIQ (acquired by Apple) and PredictionIO (acquired by Salesforce)

- Specific AI capabilities are particularly strategic and will create immense value to many industries. Predictive analytics, speech and image recognition are the earliest verticals enabled by AI and rightly so because of potential applications in sectors including security, advertising and healthcare. For example, doctors can leverage image recognition and automate the medical diagnosis or a security company can use predictive analytics to detect patterns in DDoS attacks to prevent them in future. A very good indication of AI’s emergence is the much greater visibility across specific application areas; the following graph illustrates the rise of press mentions in the Communication, Security, Advertising, Healthcare and Finance sectors.

The perception of AI is now at an all-time high, with expectation that it will transform and disrupt, large sectors of the economy. The reality of pervasiveness and speed of adoption may well fall short of this. Between the current hype driving perception and the more prosaic reality to come in the next few years, AI companies everywhere can achieve “incredible” valuations based on demonstrated potential, but without having to show real performance (yet). This is an area where unbelievable exits remain the norm.