Today I went to the last day of the Green Festival here in San Francisco. As we walked up to the concourse we were bombarded by everyone wanting us to sign petitions galore. There were the token hacky sackers, plenty of dreadlocks and petuli. Fortunately there were also those of us who were simply interested in what we can do in our small way to make this a better place (minus the hippy uniform). The line to get in was really long, it looked very crowded and we had a stroller. We thought of just leaving then decided to brave it, it helped when a nice lady who was leaving gave us her pass (love it when that happens).

We get in check in the stroller in an area that was overflowing with stuff then we were off through the maze of organic/hemp clothing, bedding, social investing, solar gear, recycled bags, supplements, food/drink of all kinds, activist groups, magazines, eco educational masters programs and so much more.

My favorite group/biz of the day was an Amazon.com alternative called Better Word. Free shipping on every order, plus they contribute to Room to Read which helps fund literacy worldwide and BW does other eco stuff, find out for yourself here.

Speesees has some of the coolest baby stuff I've seen in some time. They were getting mobbed at the fest (as were most of the clothing booths), what was left was heavily picked over and it was still good. It's nice to see design/style being brought into a world where hippies used to dominate.

Plum organics offers fresh frozen baby food that is certified organic, no added sugar, no added salt, no artificial ingredients. I like how they offer a unique selection of grub grouped by babys age. 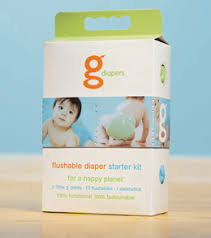 gdiapers were there representing but at 70% more than what I pay at Costco for my landfill killing Huggies it's a tough sell for me. At the booth they had a picture of Julia Roberts but I don't make 20 million a film, would be awesome if Costco carried them and we could get a price drop. Flushable diapers that aren't bad for the environment would be nice.

Care2 seemed like a great organization, problem is they seem to do everything so you don't end up knowing what they are. On the upside they gave me a card with nice tips on it like produce to buy organic. Did you know Apples have the 2nd most pesticide residue on them? Stuff like that.

Discovery has a channel coming next year called Planet Green, seemed cool enough. But I have to admit what I liked most about the booth was the cards they gave out that were embedded with wildflower seeds. The cards were intended to be buried as they will breakdown in the soil and grow into flowers, pretty clever.

e-vent is a green design, planning and consulting company for event planning on every level. I'm fascinated by the biz prospects that are coming out of this eco movement and see lots of opportunity, e-vent seems to have tapped an interesting niche. Your next wedding or corporate event could actually not hurt the planet, go figure.

I have to admit it, with my life as chaotic as it can be I've on occasion hired a housecleaner. I always thought it would be great if I didn't have to talk the cleaner into not using the toxic stuff they use. The Wages Network comes along and now provides eco-friendly cleaning cooperatives, very cool.

I never realized how bad eating and supporting farmed salmon was until the folks at Farmed And Dangerous turned me on to some gnarly facts. Did u know 95% of the juvenille wild salmon are killed by the sea lice that the overpopulated salmon farms produce? There are tons more reasons, just know it's bad with capital B so avoid that farmed salmon, you've been warned.

Jade Planet had some great bags and boots, i'm gonna buy some of those boots if they can secure their online shopping cart.


Green Dentistry is a certified "green" biz, essentially they are being as responsible as we all should be.

Creedo mobile gives 1% of your charges to progressive nonprofit groups, cool huh? They have raised 50 million this way, pretty great. They are even giving away free Solio solar chargers with a plan purchase.

Organic Valley was there representing with lots of sample milk and cheese, this stuff was so so so good. And they are partnering with Cows Unite (a flash heavy site) to support organic farms and pastures.

It's the day to day stuff that we never think about that can help, take washing your car for instance. With these products you save water and prevent pollution runoff, boom.

Adina drinks was a sponsor or something cause they were everywhere and had tons of samples. I like the new line that competes against Starbucks cold ready made drinks, yum.

HighTekBikes have foldable electric bikes, I had an electric scooter and rode it to death so I like the fact that it's also got the pedal option and foldable to boot!

Green Options Media is a network of blogs covering the green issues that matter most, anchored by community portals Green Options and Planetsave. Pretty slick.

Co-op America is another one of those everything eco and good in the world that does so much you cant easily figure it out so I leave the link to you. The site could use some usability work.

Anonymous said…
Those looking for speesees might want to check out http://www.bohmo.com. Bohmo is running an organic clothing Thanksgiving sale until 11/25/07.
7:12 PM