Guy Kawasaki's Interview on his new book - What the Plus! 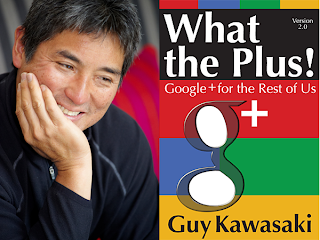 Our Nerd Stalker staffwriter, Greg Viloria (aka @SocialGreg), was honored to sit down with Guy Kawasaki to discuss the release of his new book "What the Plus! Google+ for the Rest of Us". Guy explains the motivation for the book, why he is just passionate about Google+ and why you should be too.

Guy covers some of his passion about Google+ and some of his thoughts about building your community and in turn, building your brand. He says not to bet against the Google brand which has some analogies to his stint at Apple with the Macintosh and its early adoption. The integration of Google search with Google+ delivers more relevant conversations as opposed to Facebook and Twitter.

"Google+ is to Facebook as Macintosh is to Windows"

Guy's book covers the nuts & bolts of Google+ but also social media and personal branding. He has only written two books about products in his career - Macintosh and now Google+.  If you like social media and want to use Google+ for some relevant interaction, this is a must have book. To start enjoying the joys of Google+, get out and get your copy of Guy's book "What the Plus! Google+ for the Rest of Us". It is available today through either Kindle, iTunes or Google Play for less than a cafe latte grande.
Google+ Greg Viloria guy kawasaki nerd stalker SocialGreg