Endless, the $79 computer for all with or without the internet 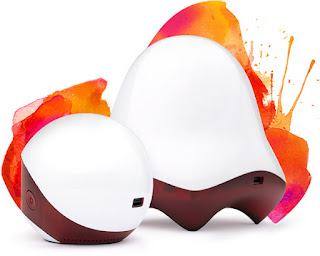 Endless, creator of revolutionary Endless computer and operating system, today announced the Endless Mini, the world’s first fully functioning desktop PC designed/created to bring the next four billion people into the information age. Priced at $79, the Endless Mini is an elegantly designed desktop computer that’s easy to set-up and simple to use for anyone in the world, especially for people who are unfamiliar with the experience of a modern day Mac or PC.

The Endless Mini, which supports the latest Bluetooth and WiFi standards, is designed to work in regions where there are limited low broadband connections or in areas with little to no access to the internet. Like its predecessor, the Endless Mini comes preloaded with over 100 applications and is ready to use the moment you turn it on. All that you need to get started is a keyboard, mouse and most use their TV today as a monitor.

“As the entire world shifts online, Endless Mini will be a key catalyst in bringing the unconnected people of emerging areas into the information age. Endless Mini will provide people in remote areas of the world the opportunity to learn different languages, develop technical skill sets and build businesses. At the affordable price of $79, Endless Mini is the first product since the mobile phone to ignite technology innovation on a global scale,” said Matt Dalio, CEO and Chief of Product at Endless. “Endless Mini will be a key product in the future of this evolution and the knowledge economy, Endless will be an integral part in bringing the next five billion people online.”

Key features include:
The Endless Mini is available in two different sizes and key features include:
·       Affordable: Built by the best engineering talent in the world, Endless Mini is the most affordable, fully functioning and elegantly designed desktop computer, at only $79.
·       Storage: Available in two different sizes, storage options include 24GB and 32GB.
·       Fast and simple: Powered by an ARM® Cortex-A processor, Endless Mini is super-fast and easy-to-use with an interface designed to mirror a mobile experience.
·       Safe: Built with Linux, the Endless OS is one of the safest operating systems in the world. Never worry about anti-virus software again.
·       Complete: Preloaded with over 100 applications, the Endless Mini is ready to use the moment you turn it on. Applications include word processing, presentations, spreadsheets, games, a full encyclopedia from Wikipedia and Khan Academy educational lectures for math, science, and more. At the price of $79, there has never been a more affordable, complete desktop computer ever designed.

“The Endless Mini has the potential to deliver affordable desktop computing to the majority of people on the planet, addressing the digital inequality that affects billions,” said Dominic Vergine, head of sustainability and corporate responsibility, ARM. “Based on ARM Cortex-A processor technology, the device shares the same engineering heritage as the world’s mobile phones and we have been working hard with the Endless team to ensure that the product is as efficient, robust and capable as possible. This is truly a product that has been designed with its core audience in mind and we congratulate the talented Endless engineers on their ingenuity.”

Agustin Alaman, General Manager, Mexico: He joins Endless from SAP, where he was most recently, VP of Global Partner Operations. He previously worked as an executive for both HP and Lenovo.

Howard Lam, General Manager, China: He joins Endless from The Chinese University of Hong Kong, where serves as a Professor and Associate Director of the EMBA program. Previously, Howard was General Manager of Olympics Consumer Marketing for Coca-Cola China, as well as former Head of Marketing for PepsiCo China and McDonald’s China.

“We are very excited to announce the addition of three key leaders to our growing global team,” said Matt Dalio, CEO and Chief of Product at Endless. “The addition of Ruben, Agustin and Howard to our team bring an exceptional track record of success and industry knowledge in our major global markets. We plan to begin scaling and building larger business units in each of these markets under their leadership.”

Pricing and availability
Endless Mini will be available for purchase online in February with a pricing starting at $79.

About Endless
Endless was founded in 2012 with a single mission: to provide access to affordable personal computers to people all over the world. The flagship product is called Endless, a fully functional desktop computer and operating system designed for emerging markets. Right now, just over two billion people have computers. Nearly five billion can’t afford one. With the plummeting cost of faster microprocessors, the next billion people will soon be able to afford high quality, powerful, and affordable technology. This creates the opportunity to change lives at a scale never before possible. Education, health, livelihood: these are the things that digital access means to people in Guatemala, China, India, Kenya, Indonesia, and so many other parts of the globe. Endless’ mission is far from over; it is just getting started. Endless has a presence in San Francisco, Rio de Janeiro, Mexico, London, Taiwan, and Guatemala with people on the ground in Jordan, the UAE, and India. We believe in possibilities that are Endless - we invite you to join us on our journey.
digital divide Endless personal computer