Beyond the Equipment - Lens Choice in the Digital Era

For William Wages, ASC, filmmaking is first and foremost about storytelling. His role, as a premier cinematographer, is to capture the best performances with the least intrusion. “It’s less about the technology, and more about the story,” he relates in the latest video by Fujifilm, “Conversation with William Wages, ASC.”


The winner of three ASC Awards, including ASC Career in Television honors in 2012, and two Emmy nominations, Wages is known for his sumptuous landscape and intimate photography in features such as Maya Angelou’s “Down in the Delta,” Roland Joffe’s “The Forgiven,” and Steven Spielberg’s TV mini-series “Into the West,” as well as his development of filmmaking tools that create more efficiency and transparency on set. 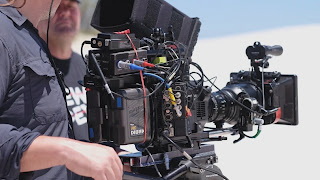 His primary lens choice is the FUJINON 19-90mm(full-frame) Cabrio zoom lens. Weighing only 5.6 lbs/2.54kg, Wages describes how he was first attracted to the lens’ size and weight and secondly, its optical quality calling it a “surprise.” Wages conducted a blind test between the 19-90mm and other lenses and said it “holds up against anything on the market.” 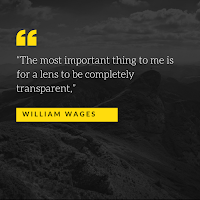 “The most important thing to me is for a lens to be completely transparent,” Wages explains, “meaning it doesn’t impart color. It doesn’t impart anything artificial. I want it to be as clean a palate as possible so that I can change those things with lighting, filtration or color.”
He notes the ability to change focal length without changing lenses as another point in the Cabrio’s favor: “Since the 19-90 came out and I’ve started using it, I’ve not used any other zoom. It’s changed the way I shoot because of the ease of operation, the ease of not having to change lenses all the time. I just reach down and change a focal length. That’s made things go a lot faster, not only in feature films, but also in commercials and in TV series.” 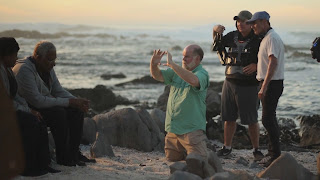 Not having to endure lens change breaks while filming “The Forgiven” was something  the film’s   stars   told Wages they appreciated. “When the actors are doing an intense scene, being able to reach down and zoom in 5mm to reframe and do another take can keep them in the performance,” says Wages.“Therefore, when you cut it together, you see it. There’s no fluctuation from shot to shot or angle to angle, and that’s significant because ultimately, it’s about the actors. It’s about the story. That’s the reason I want to make movies. I want to tell stories, and this is a great lens for doing that.”

FUJIFILM Holdings Corporation, Tokyo, Japan, brings innovative solutions to a broad range of global industries by leveraging its depth of knowledge and fundamental technologies derived from photographic film. Its proprietary core technologies contribute to the fields of healthcare, graphic systems, highly functional materials, optical devices, digital imaging and document products. These products and services are based on its extensive portfolio of chemical, mechanical, optical, electronic and imaging technologies. For the year ended March 31, 2018, the company had global revenues of $23.0 billion, at an exchange rate of 106 yen to the dollar. Fujifilm is committed to responsible environmental stewardship and good corporate citizenship. For more information, please visit: www.fujifilmholdings.com.