ARM will Fuel the Internet of Things 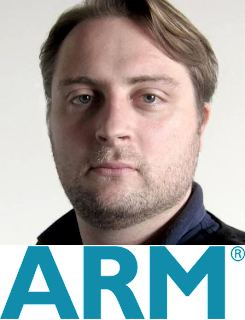 ARM claims it is the "Architecture for the Digital World" and with its shipment of 10 Billion devices last year and claiming the long time held processor throne of Intel in the market, I would say they are spot on. ARM is now ready to take on the Internet of Things. ARM is in a great position as it licenses its technology. At the 2014 Maker Faire, we caught up with Dominic Pajak, Embedded Strategist at ARM as he talks about how ARMs architecture will enable the Internet of Things (IoT).

"Low Power, Low Cost and Accessible Technology, ARM Partner Freescale released a small 1mm chip about the size of a dimple on a golf ball with enough power that put the man on the moon, the Internet of Things is endless"

The Internet of Things (IoT) is the collection of smart, sensor-enabled physical objects, and the networks, servers and services that interact with them. ARMs low cost, low power and accessible designs enable the current and future IoT applications and services to become to become a reality. Talking to several people at the faire, ARM technology doesn't have the baggage that Intel x86 cores have and will be the player to knock off in IoT. The IoT trend is here and wearables are just the first devices to explore this trend. The IoT world is awaiting cleaver "makers" out there. Claim it now!