Entrepreneur Shares Her Journey and Tips in a New Series


Have you ever watched the USA Network show Suits? Gina Torres plays Jessica Pearson, who is a strong, confident, matter-of- fact, a force to be reckoned with, intelligent, business savvy female partner of a law firm. She owns the room when she walks in. Some characters fear her.

Some characters challenge her. All characters respect the empire she’s built. When I decided to register my LLC I envisioned I would conduct myself like Jessica Pearson. I would be slick, witty, see three moves ahead of my opponent and be able to compete with the rest of the titans. 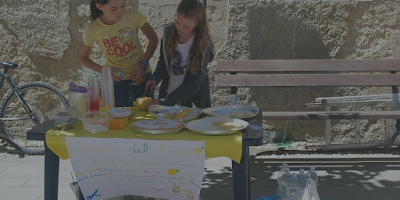 I’ve always had the entrepreneurial mindset. I was seven or eight when I held my first boardroom meeting. I gathered all my friends around my dining room table and painted my vision for them of starting a backyard circus. The motivation lasted about 23 minutes. They were more interested in jumping rope than divvying up roles and responsibilities. I moved on.

That was the start though. I always was trying to build something larger than myself. In the fourth grade I had a grandiose idea that I would start a traveling singing/dancing chorus that would perform in and around a pool. I typed up official offers to fellow fourth graders whom I thought would make a great team to perform. I even held the first rehearsal. Seven kids showed. At the time I didn’t have the necessary skill set to really direct and orchestrate eight kids dancing and singing. But I tried. My efforts continued on from there. 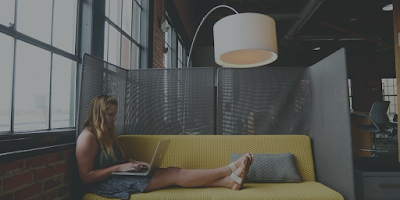 Fast forward 23 years. I just got out of a bad business divorce. I walked away from that experience making a promise to myself that moving forward I would collaborate with people, not partner with them. I decided to start my own LLC that would house my consulting efforts along with my publications. I understood the risk I was taking. In 2015 Forbes reported that 9 out of 10 startups fail. The magazine even suggests that startups write their failure post-mortem before they launch. I knew there was a chance that I would have to walk away, close the doors, but I had to try. The ‘what if’ was greater than ‘omg I can fall flat on my face and everyone will judge me.’

This time was going to be different. I learned so many lessons along the way since the days of trying to organize a backyard circus. I imagined that my chances of survival were greater, maybe 20%, because I was offering a service, not a product; I didn’t have any overhead or inventory to worry about. 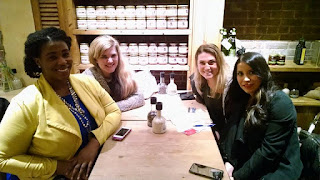 I began joining startup groups, entrepreneurial groups, female founder groups, etc. One of the groups encouraged members to share ideas that other members could potentially collaborate on. I’m bold. I believe that when you enthusiastically share what you’d like to work on or are working on you’ll attract other enthusiastic people who want to assist; want to help you bring your vision to fruition. So I pitched my idea. Quite a few people were interested. I soared. I was riding on cloud nine. So far things were going great. People were interested in what I was about to do. We had a few meetings. We started moving quickly on the idea. Then the dreaded topic of partnering-up was thrown on the table. Remember, we were all entrepreneurs. We all had our own LLCs. For me, this was my first month of riding solo. I was green. Long story short, we partnered up and created an LLC.

Kickass Hack #1: Don’t start two LLCs in the same year. I thought I was cool, sophisticated and finally building the empire I always envisioned I’d have one day.

All costs were split equally among the partners. As the year went on our enthusiasm dwindled as we got to really know one another and how one another operates and leads a team.

Remember, the first time we met was at that group. By the time we started the LLC, we had only known one another for a couple of months (and really not even a couple of months. Probably about three weeks if you add up the exact amount of time we were actually together).

Kickass Hack #2: Stay true to the vision and rules you created for yourself at the beginning of your new adventure; you created them for a reason. I broke the promise I made to myself that I would not partner up with anyone, only collaborate (we’d each operate under our own company).

As time went on we had more disagreements. We were respectful towards one another but knew there was no way we were going to operate cohesively as a unit. I knew the end had come when one of my ex-partners stated, “We all need a break from one another.” It wasn’t even a year before we dissolved the LLC and went our separate ways. Between the lawyer fees, operating costs and dissolution of the LLC, I lost $746. In the scheme of things, $746 isn’t a lot of money compared to what many startups lose in their first year; some lose millions. For me, every dollar counted. I was a brand new entrepreneur, CEO, founder navigating my way through a crowded sector.

Kickass Hack #3 : Not all companies have to have an LLC before starting. What we were working on didn’t need us to have our own separate LLC from the get-go. We could have waited until the first sponsorship check came in to form the LLC.

At this point, my LLC just passed it’s one-year anniversary, I dissolved one LLC, lost $746 and really just started focusing on how to grow my clientele list because I devoted a good portion of time to the other project I put my LLC’s growth on hold.

Kickass Hack #4: Always keep your projects front and center. Use the 80/20 rule of energy and time. Dedicate 80% of your time and energy on your projects, and 20% on side projects.

So, where do I go from here? How do I bounce forward?

I don’t like the word bounce back. To me it sounds too negative. I prefer bounce forward.

Bouncing forward means that, yes, you were knocked down but not for long, and you bounce forward one step because you learned your lesson and now can move on. When I picture myself bouncing forward I see me smiling at the thrill of flying through the air to the next adventure.


How to Bounce Forward

1. Acknowledge that you faced a setback: denial will only prolong your situation.

2. Allow yourself to be frustrated, mad and disappointed: in business, a setback can feel like you’re in mourning. That’s ok. Go through the emotions. Not for too long though. I usually allow myself to be aggravated for about an hour (sometimes more or less depending on the situation).

3. Put your cape back on: Everyone is awesome in his/her own way. Let the world know you’re back stronger than you were before.

4. Pivot: develop a new plan. Just because you were knocked down doesn’t mean it’s completely over. It just means you need a new direction, new strategy.

8. Celebrate every accomplished milestone: rewarding yourself is key. Your excitement levels remain high and you are able to clearly focus on the next step. Celebrate your awesomeness.

There’s a Jessica Pearson or Harvey Spector (Jessica’s counterpart on the network series) in all of us. It’s up to us to unleash them. As I’m working on being the badass lady hustler that I know I can be my ability to bounce forward grows stronger every day.

About the column: Professor C.’s Rookie Lessons in Entrepreneurship encompasses lessons of trial and triumph, building the right team, resilience, learning how to fail quickly and move on, embracing failure, celebrating accomplished goals and learning how to identify the positives in every situation. 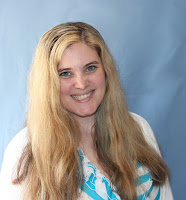 By day Professor C. teaches Sports Marketing and Event Marketing Sponsorship at Stockton University where she’s a doctoral candidate in their Ed.D.

Organizational Leadership program along with developing leadership training programs for corporations. By night she writes and writes and writes to make her goal of becoming a New York Times Best Selling Author a reality. Featured on