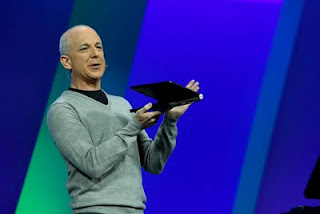 In a very long keynote (with good reason) this morning Steven Sinofsky, president of Windows and Windows Live Divisions at Microsoft unveiled the much anticipated Windows 8 a MAJOR overhaul of the Windows operating system. There was a slew of features in this presentation, of note was the new metro like interface to be available across devices of all kinds. 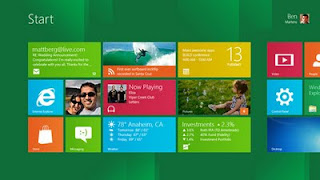 If your a web developer much like myself you should be optimistic, thanks to the new Microsoft API, html5, Javascript and CSS will be equal to C or C# in that it will create native Windows 8 apps. This brings up the question, what sense does it make to become a Silverlight / XAML developer? Sure they showed a demo app built via Silverlight but why would you? 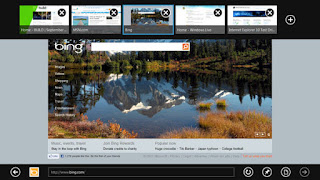 Windows 8 is hardware accelerated much like IE9 in fact IE10 was previewed on a tablet with a no chrome look. Sinofsky took an opportunity here to take a dig at the Google Chrome browser, no chrome get it? ugh.

The app store approval model will be transparent and display where in the chain of the process your approval is.

For a developer preview this build of Windows 8 is quite nice sure there is the occasional bug but all in all one can see there has been a ton of thought and work put into this ongoing effort.

Oh and ARM based devices will be supported, I wonder how this will effect legacy support of applications?

The lackluster Skydrive integration was demoed and now has some remoting features reminiscent of LogMeIn Hamachi. 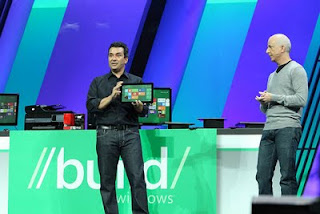 A nice but slightly bulkier than iPad Samsung developer tablet was given to all paying attendees. Some media got their hands on them the day before but we were not one of them (you hear us Microsoft?).

This is a preview build and no ship date or range was given. But this is by no means vaporware, by 8pm pst tonight the code will be available for download.

My short term conclusion is that when you are in the metro ui it looks stunning, however when you need to get to the explorer to deal with directories and files then it leaves a bit to be desired on the tablet. Depending on the device your on will determine what kind of experience you have but on the desktop it seems like an improvement overall.

The big question is not if the dedicated existing microsoft developer community will play ball, the big question is why would a new Mobile developer decide to choose an option other than the big two Apple or Google? Most importantly until it's in stores we will have to wait and see if we vote our dollars or not.

Anbarasan14 said…
Awesome Post. Have been waiting for a long time. Thanks for sharing.

IT Tutorials said…
I must appreciate you for providing such valuable content for us. This is one amazing piece of article. Helped a lot in increasing my knowledge.  Python course in chennai   |  Python training institute in chennai
6:46 AM

course said…
Great post and thanks for sharing.
Also visit:

priya said…
Machines may learn from experience, adapt to new inputs, and carry out activities similar to those performed by humans, thanks to artificial intelligence (AI). Deep learning and natural language processing are prominent in most AI instances you hear about today, including self-driving vehicles and chess-playing computers.AI Courses in Chennai