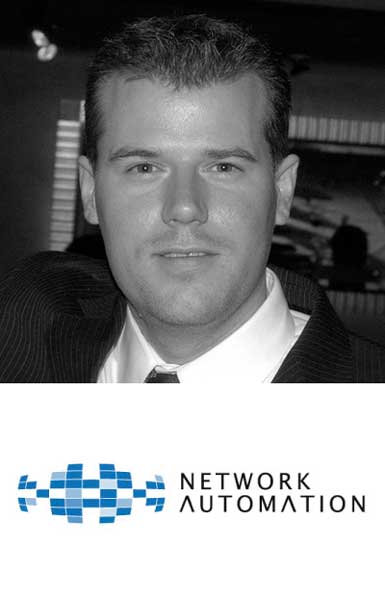 When we was approached to do an interview about "automation software" we were thinking, "really? batch-processing?" But, as we researched the interview, we were totally surprised. Background processes really don't get the love they deserve. Here's the problem, CIOs are saying "do more with less" because of budget pressures spurred on by the uncertainty in today's market.  On top of that, IT staff are spending 30% of their time carrying out basic tasks and are growing frustrated with the lack of time left to focus on transformational work. Often off-shoring or Process Automation is the solution. In this interview, we discuss these issues with Dustin Snell, President and CEO of Network Automation who specializes in scalable process automation software.  They save companies potentially billions of dollars every year and if you are a share-holder you should be grateful. Give this a listen.

Automation Software with No Code Equals No Limits

"Automation Software for a long time has been restricted and targeted at enterprise and big companies, we really think it is suitable to middle and ...even small businesses. Pretty much, if you are able to have an IT department or even one IT guy you can benefit from the use of automation software."

"Three reasons why you implement automation of any kind its reducing errors, ...increasing speed, ...and reducing costs"

"...we really don't have a bias (cloud, on-premise, etc.) in the way we develop software... we just try to do a great job at integrating and automating processes and protocols and do it in a way that is accessible and easy to use"

It seems like giving IT people to do more with "more" by automating processes seems like an option to off-shoring.  I feel it has a potential to give a better ROI because you can get up and running immediately and save on start-up costs and vetting of those off-shore resources. With Network Automation's approach of "no code" it seems like it's a "no-brainer."

As far as being a "technical CEO" Dustin really doesn't want to be called that. He is one of those CEOs that has a technical background but seems to understands the balance between Sales/Marketing and Product technology.  If you want a product to automate processes, Dustin seems to have the background to understand his customer's needs. He positions AutoMate as a way for people to stay creative and move automation to more mundane tasks. Not a bad product vision.