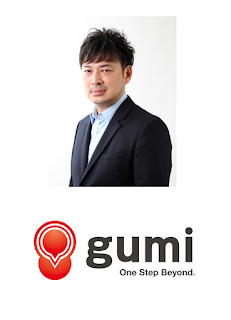 Foreign games in the US are not just about localization anymore. At a recent preview event at the Blackbird Bar in San Francisco, two Japanese companies - gumi and Colopl previewed some of their titles geared towards the western market. We sat down with gumi COO, Takeshi Sankawa, and talked about the world's #1 mobile game market - Japan, where mobile is bigger than console. Sankawa also gives a view of what the role of big Japanese game studios is for game developers(Japan & US) to enter new markets on both sides of the ocean. Give it a view.
In the following interview, Takeshi Sankawa, describes the nature of the Japanese game market as "winner take all." The Japanese indie market is also tough as the appetite of the Japanese market is an appetite for high quality, multiple release games - a potential he sees for partnerships. He also sees the western market catering to once a niche market of anime/cosplay as a major western market target and that is what we see in the gumi - Colopl partnership.


Here are a few of the westernized titles released by gumi and Colopl.

If you want to take a crack at the Japanese market, check out Dr. Serkan Toto's slideshare from Casual Connect on entering the Japanese Market.