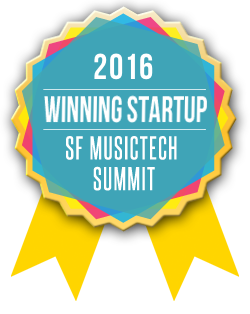 SF Music Tech Summit has announced the winners amongst dozens of impressive entries for the SF MusicTech Startup Competition this year. After careful consideration from a unique panel of judges, they have the ten winners of the competition who will be presenting at the SF MusicTech Summit to be held this year on October 17, again at Hotel Kabuki in SF Japantown. The ultimate winner will be selected to win a complimentary legal package of services from WSGR. The summary of each one is below. Check it out or you can learn more about each startup here. 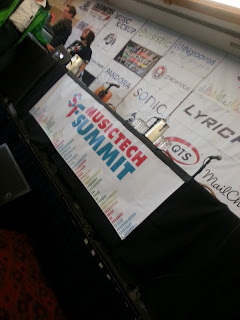 Disco | http://disco.ac
Disco DISCO is a B-B workflow tool for creatives, starting with the music industry. Built to solve problems that most creatives, music studios, and media companies face when they rely on storage apps to collaborate, which were never meant to be workflow tools. What Slack did for email, DISCO will do for iTunes/Box tools, eliminating upload/download wait times and repetitive work.

Dot Blockchain | http://disco.ac
Dot Blockchain Dot Blockchain Music is developing a new technology architecture and applications to modernize digital music files, the digital music supply chain, rights ownership information, and payment processing. We are committed to developing an architecture that will support a minimum viable dataset for musical compositions and sound recordings, and which is populated, maintained and shared via a decentralized public database, leveraging blockchain technology. We are also committed to promoting the broad adoption of the dotBC platform by focusing on open source coding standards.

Magic Instruments | http://magicinstruments.com
Magic Instruments Do you wish you could play a musical instrument? Unless you learned when you were a kid, chances are, you never will. It’s so hard, and takes years of practice and lessons. In fact, 90% of people learning guitar quit in the first year. Magic Instruments has invented a new kind of guitar, the Kordika, which allows ANYONE to play instantly. Our companion mobile app has a vast catalog of songs and easy playing instructions, so anyone can start strumming one of their favorite songs in minutes. Start making music!

MIND Music Labs | http://www.mindmusiclabs.com
MIND Music Labs MIND Music Labs is creating a connected music ecosystem of smart musical instruments. The first of such instruments is SENSUS, the World’s first SmartGuitar. SENSUS is at the same time a guitar, a wireless Digital Audio Workstation and an Internet of Things connected device. It is a guitar, but its technology evolves what you can do: add infinite modulations to your music and boost your expressivity thanks to its innovative sensors, instantly record and share your performances online in HD or take advantage of its connectivity to add new levels of interaction to live acts.All with no accessories nor cables.

National Performing Rights Exchange | http://www.nprex.com
National Performing Rights Exchange NPREX is a disruptive patent-pending technology for the $3B performing rights industry. This industry operates, as it has for the last 100 years, with an expensive institutional licensing-framework requiring intense federal oversight. The industry has no systematic method for music publishers and labels to sell music licenses directly to those who need them – broadcasters, streaming services, and others. The solution is the NPREX exchange platform and its smart-pricing algorithm, which standardizes the licensing process, creating efficiency, accuracy, and transparency, at much lower costs than today’s system.

QRATES | http://qrates.com/
QRATES QRATES is a crowdfunding platform specialized in the entire process from creation to fulfillment of vinyl records for artists and brands. On QRATES, users can upload their music, design their vinyl record and publish a crowdfunding or pre-order projects in a matter of minutes. By democratizing vinyl production, we hope to enrich more music fans with the unique experience of vinyl records and also help sustain the livelihood of artists by providing an alternate revenue stream.

Sunhouse | http://sunhou.se
Sunhouse Instrumentalists are being pushed out of modern music making because they lack the technology needed to express themselves electronically. Sunhouse reinvigorates acoustic artforms by translating all the human nuances of a live performance to digital sounds. Unlike trigger systems which turn your drum into static beats, Sensory Percussion understands where and how you hit the drum. It lets you map different parts of the drum to any sound desired (from samples and synthesizers to digital audio effects). With Sensory Percussion you can control electronic sounds in real time with your drumsticks, rather than twiddle knobs and push buttons.

The One Music Group | http://www.smartpiano.com
The One Music Group BEST OF SMART HOME – 2016 CES INNOVATION AWARD BEST TEACHING TOOL FOR BEGINNER STUDENTS – 2016 NAMM (National Association of Music Merchants). The ONE Smart Piano is the world’s only Apple MFi piano product that teaches you to play with interactive light-up keys. We have become the best selling piano on the web in China, ever since released in 2014. To learn piano with TheONE, you connect your iOS/Android phone or tablet to the piano as the piano’s screen so you can browse through hundreds of video lessons, thousands of sheet music, and piano games.

where to buy cheap comforter sets said…
Sunhouse reinvigorates acoustic artforms by translating all the human nuances of a live performance to digital sounds. Unlike trigger systems which turn your drum into static beats, Sensory Percussion understands where and how you hit the drum. cotton duvet sets queen , cotton razai price in pakistan
12:53 AM