Humpday Must Read - A Chat with Margaret Atwood on Digital Dystopia 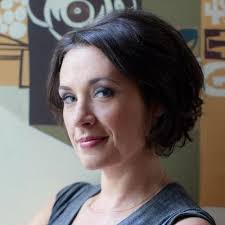 Sarah Lacy is the founder and CEO of Pando.com. She’s been covering technology for nearly 20 years, previously for BusinessWeek, TechCrunch and many other publications. She’s the author of “Once You’re Lucky; Twice You’re Good: The Rebirth of Silicon Valley and the Rise of Web 2.0” (Gotham, 2008); “Brilliant, Crazy, Cocky: How the Top 1% of Entrepreneurs Profit from Global Chaos” (Wiley, 2011) and the forthcoming “A Uterus Is a Feature Not a Bug” (Harper Business, 2017). She lives in San Francisco.

Tale in the crib

Firstly so time on and on. In the wake up, comic! Indulging Angel cat.

I, including the power girl.

In which a friend is concerned.....