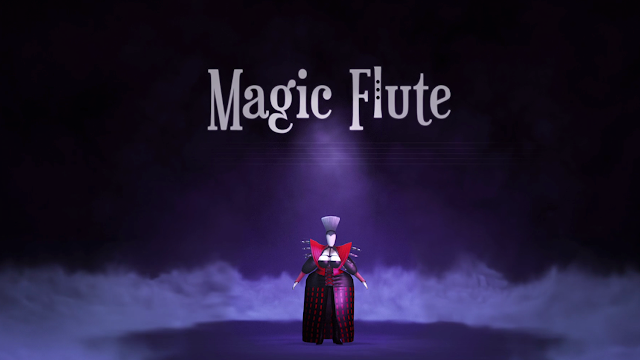 What happens when a Mozart opera becomes game like and then turns into a game? That is exactly what has happened with the Mozart opera and what the iOS Game Magic Flute has turned into. Released worldwide in September, the game actually comes form Japanese director Anon Miyamoto's vision "as an allegoric trip through the virtual landscapes of a video game."  The game was selected as the “Best in Show” title by the folks from Check out designer Olaf Morelewski's interview about the game at the Casual Connect - San Francisco.
In parallel with the Japanese debut in July 2015 of the opera, a Japanese version was released including narrator voice over. As Olaf discusses, what makes this game unique is that the LabLike group is connected to YesEyeDo, the team that helped in the stage/set design for the opera, so they knew how to adapt it into game.

Lytorurn said…
Lots of game enthusiasts prefer to play the final fantasy XIV game, plus they can also attain ffxiv gil within the ffxiv making gil low level instantaneously by making use of the MMOGAH that is the most trustworthy video gaming store. To realize the path of ffxiv gil, folks can have a look at this internet site.
10:19 PM

Unknown said…
Muktupolis is the top choice for those who prefer to enjoy sports 먹튀폴리스 and various other games on a stable toto site. Within this community, individuals get numerous secure betting platforms. By utilizing this specific site, an individual can get more understanding about Muktupolis.
9:59 PM