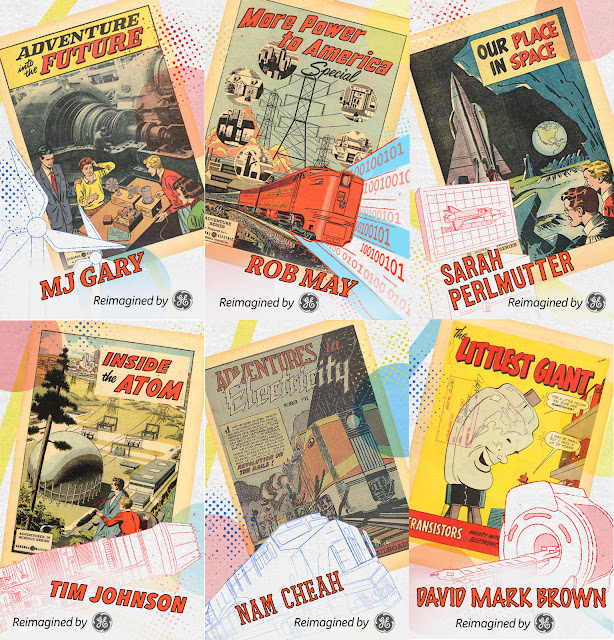 The classic American comic is back. General Electric (GE) and Wattpad has worked together to choose 6 of the most popular writers on the Wattpad app to write original science fiction stories, inspired by original GE comic book covers from the 1950s and 60s. Toronto-based Wattpad is a free app that lets people discover and share stories about the things they are passionate about and boasts around 40 million users.
The series on Wattpad is called GE 'Adventures in Science.' The challenge was given to the writers was to tell stories based on how GE technologies will affect the near-future. GE and Wattpad wanted the writers to use their own creative license and come up with their own inspired stories as opposed to being aided by existing content. The writers were provided covers and information on the different pieces of GE technology that the stories were based on.

Check out the the first three chapters of GE technology stories are now live at this link.