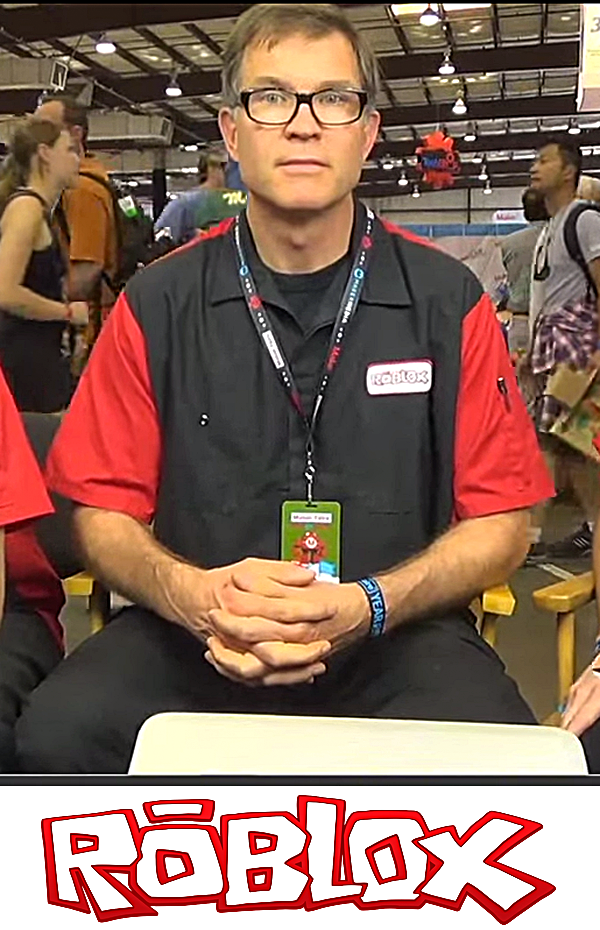 Heard of ROBLOX? Of course, especially if you are in the 10-18 year old demographic. ROBLOX is the leading Massively Multi-player Online (MMO) game engine which enables young people and the young-at-heart to develop, play and monetize online games. We caught up with David Baszucki, CEO and co-founder of this popular MMO game platform at the recent Maker Faire - Bay Area. David discusses ROBLOX and some interesting ROBLOX news like Developers Exchange Program, upcoming Android release and how Movie brands are using the ROBLOX platform. Check out his video!

"ROBLOX is a creation engine, every game has not created by us but by hardcore developers"

"A lot of digital properties are starting to use ROBLOX, not just a place for banner  or video advertisements, but as a place to build 3D experiences that might show off the property"

I have been a fan of LEGO, Minecraft and entrepreneurs. ROBLOX combines all three. Before the interview, I was observing the developers in the ROBLOX booth at the Maker Faire and it was just inspiring. What I saw were developers under the age of 18 creating, playing and sharing ROBLOX games. The Developer's Exchange Program is just incredible. Recently, VentureBeat reported that a pair of ROBLOX game developer's earned around $10,000 in a month. Parents, forget the 529 College plan, ROBLOX is your college savings plan. David mentioned that Movies are using ROBLOX to extend their digital footprint by creating their characters in ROBLOX. Another transmedia extension for movies. Catch them at ROBLOX.com.
2014 maker faire David Baszuki MMO ROBLOX

reginald surict said…
Thanks for sharing this post. That was interesting to read. Maybe you will also be willing to know how to spy on your spouse.
3:41 AM

My Gerona said…
Roblox is great and my daughter spends a lot of her free time playing it. It's better than getting into trouble, now if she could only learn how to get free robux
10:09 AM

Aura Romano said…
It’s a classic great for me to go to this blog site, it offers helpful suggestionstribal lending entity
11:17 PM

Anonymous said…
The written piece is truly fruitful for me personally; continue posting these types of articles.entrepreneur mark curry
9:49 PM

kjaseBAMNWE BQ E said…
Very useful very helpful Thanks a lot. I will keep on coming here again and again.

Tyler Worgan said…
Thanks for the wonderful share. Your article has proved your hard work and experience you have got in this field. Brilliant .i love it reading.
ac company royal palm beach
3:31 AM

Tyler Worgan said…
This is a great article thanks for sharing this informative information. I will visit your blog regularly for some latest post.kitchen & bath parkland fl
9:34 AM

gracerolland said…
This post is good enough to make somebody understand this amazing thing, and I’m sure everyone will appreciate this interesting things.
tankless water heater jacksonville
2:11 AM

Unknown said…
This is a great article thanks for sharing this informative information. I will visit your blog regularly for some latest post.
bathroom remodel costa mesa ca
12:26 AM

gracerolland said…
Hi, This is a nice article you shared great information i have read it thanks for giving such a wonderful blog for the reader. long beach remodeling contractors
9:23 AM

Tyler Worgan said…
Hello, I have browsed most of your posts. This post is probably where I got the most useful information for my research. Thanks for posting, maybe we can see more on this. Are you aware of any other websites on this subject?
screen enclosure repair pompano beach fl
4:19 AM

Unknown said…
Hi, This is a nice article you shared great information i have read it thanks for giving such a wonderful blog for the reader. commercial screen enclosures boca raton
9:46 AM

Tyler Worgan said…
This post is good enough to make somebody understand this amazing thing, and I’m sure everyone will appreciate this interesting things.sunrooms stuart
5:42 AM

historypak said…
If your child subscribes to Roblox and becomes a member, they can also have arms, legs, and torsos that are made and designed by the company and that will distinguish their characters from non members who still have access to all other features of the package free robux hack generator

Unknown said…
You have a good point here!I totally agree with what you have said!! Thanks for sharing your views. hope more people will read this article!!! solariums port st lucie
7:57 PM

Anonymous said…
I really appreciate this wonderful post that you 토토 have provided for us. I feel strongly that love and read more on this topic. I have spent a lot of my spare time reading your content. Thank you a lot.
2:13 AM

MTTMT said…
Very nice article, I enjoyed reading your post, very nice share, I want to twit this to my followers. Thanks!. 먹튀검증

토토사이트 said…
Hey, you used to write fantastic, but the last several posts have been kinda boring…토토사이트 I miss your tremendous writings. Past several posts are just a bit out of track! come on!메이저놀이터

GOGOLIVE said…
This is my first time i visit here. I found so many entertaining stuff in your blog, especially its discussion. From the tons of comments on your articles, I guess I am not the only one having all the leisure here! Keep up the good work. I have been meaning to write something like this on my website and you have given me an idea. 토토사이트

토토사이트 said…
Your post has really helped me a lot. I live in a different country than you, but I believe it will help a lot in my country. 토토사이트 If possible, please visit my website as well. Thank you.

토토사이트 said…
I like the helpful info you provide in your articles. I’ll bookmark your blog and check again here frequently. I’m quite sure I’ll learn plenty of new stuff right here! Good luck for the next. 토토사이트

GOGOLIVE said…
I've been searching for hours on this topic and finally found your post. , I have read your post and I am very impressed. We prefer your opinion and will visit this site frequently to refer to your opinion. When would you like to visit my site? 토토사이트

유흥 said…
Attractive section of content. I simply stumbled upon your blog and in accession capital to assert that I acquire in fact enjoyed
account your blog posts. Anyway I’ll be subscribing
on your augment or even I success you access constantly quickly.유흥

custom box manufacturer said…
Great post I like it very much keep up the good work.
Bookmark boxes Idaho
boxes for Mailer
9:56 AM

SEOrank said…
I have been checking out a few of your stories and i can state pretty good stuff. I will definitely bookmark your blog 토토사이트
9:15 PM

SEOrank said…
Anyway I’ll be subscribing on your augment or even I success you access constantly quickly. 파워볼사이트
9:33 PM

SEOrank said…
I've been searching for hours on this topic and finally found your post. 안전놀이터
9:41 PM

SEOrank said…
I've been searching for hours on this topic 바카라사이트
10:13 PM

GOGOLIVE said…
I've been looking for photos and articles on this topic over the past few days due to a school assignment, and I'm really happy to find a post with the material I was looking for! I bookmark and will come often! Thanks :D 바둑이사이트

jackson said…
This is a great post, I am very happy with this information.
토토사이트

강남오피 said…
I know this web site offers quality depending articles or reviews and other information,
is there any other site which offers such data in quality?