Taking a Chance on Life

Bill Thompson Talks about Stepping Out on the Limb of Life


What’s harder than getting fired?

What if you’re a baby boomer plugging away at a job you’ve had for years, and suddenly everything is turned upside down the day your much younger boss strolls into your office to let you know your services are no longer needed? What would be the first thing you’d do? What would you tell other people? What feelings would be coursing through your mind right then ... and for weeks and months afterwards?

It’s a sobering thought for those of us who are cruising toward that magical time called retirement. Even if you’re not—even if you’re one of us who plans to work until he or she drops—the idea that an involuntary career change could be right around the corner has entered the minds of every one of us who works for someone else.

Now think about something even more daunting and challenging. Instead of getting fired, what about firing yourself? At an age when you might not be able to find another job doing something you enjoy and getting excellent compensation for it, what if you walked away? 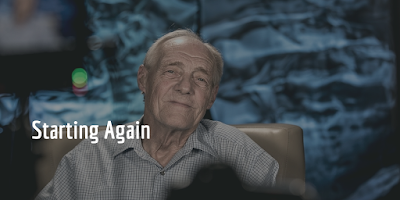 After years owning and operating my own companies, I found myself at age sixty-four in a senior executive position with a manufacturing and distribution company, doing work I liked and making a contribution. I had health insurance, paid vacation and sick leave, an expense account, work travel to nice destinations and a group of dedicated professionals who were my peers.

I was set—all I had to do was keep on doing what I was doing. Then a personal issue threw a curveball into the entire situation. My wife—a senior executive herself at another high-profile corporation—was diagnosed with a terminal illness. I became a caregiver for her last eleven months, working from home most of the time. It was easy to keep up with corporate responsibilities in an age of technology. Video and audio conferencing, computer networking and the Internet made it work fine. I went to the office, but not for the many hours a week I’d done for my entire life. 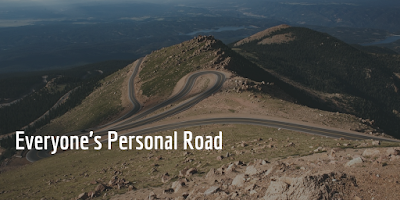 That period away from the office was a time of reflection and decision for me. I had always wanted to write novels but never acted on it. Using an Apple II in the early 1980s, I wrote a “book” and promptly put it in a drawer. Almost thirty years later, at my wife’s insistence, I finished it and it became my first novel, The Bethlehem Scroll. As I sat at home with her I dreamed up other plots, thought about making my first book into a series and wondered if this newfangled idea called self-publishing would really take hold.

Vanity publishing used to mean lots of money out the door and lots of unsold books sitting in a garage. By 2009, the year I published my first book, the concept of self-publishing as it looks today was just getting started. A few independent authors had discovered how to use Amazon’s platform to make their books available to the masses, but it wasn’t easy and it wasn’t seamless.

I decided to make a move. I was fortunately both financially and emotionally secure so I took the plunge, leaving my employer on great terms and venturing into the abyss of authorship. It was at the same time daunting, exciting, frightening and invigorating.

One of the biggest challenges was losing the infrastructure I’d depended upon for decades. Got a question about why the laptop isn’t working? Just call the IT department. Need a thirty-minute PowerPoint presentation for a client? Just get the marketing people on the line. Want help understanding the nuances of Microsoft Word? There’s an expert somewhere in the company for that.

But now there were none of those things. It was me. Only me. Simple things I’d taken for granted—nightly computer backups, lunch with colleagues, social interaction—all those things required my effort now. I had to arrange my own network security. Previously I’d simply pop down the hall to see who was open for lunch. Now I called or emailed friends, most of whom were retired. Many of the ones who weren’t were busy with their own corporate lives.

And the procrastination! In the old days the occasional daydream at work, or the thirty-minute pause to get something personal accomplished, were simply part of the executive process. The paycheck stayed the same and the benefits were always there. Now it was different. Thirty minutes not writing were thirty minutes gone and a book that took longer and longer to finish each time I paused to let something get in the way. 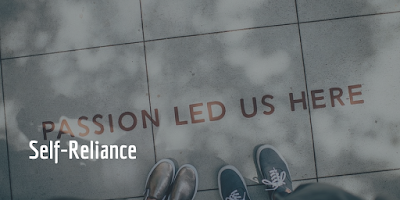 I figured it out eventually. I’m much better at budgeting my time, writing early in the morning when I’m fresh and saving the afternoons for errands and chores with my new wife. I still procrastinate, but I can turn out three books a year now, add some marketing and publicity and end up making a living as a writer.

Is it the salary I made before? No. Do I have benefits someone else pays for? Of course not. But is it fulfilling, satisfying and something I’m glad I’m doing? You bet it is. I wouldn’t trade the decision and the timing for anything.

There’s one final thing I must add. Is what I did going to work for everyone? Not in a million years. Some people aren’t cut out for working alone—for a while I wondered if I was. Some people aren’t at a place in life that affords them the chance to step out on a limb. And other people would say I was crazy to leave a work environment that was pleasant, gave me a chance to enjoy life and travel, and was a safe place to be until retirement.

It has a nice ring to it.

Bill Thompson became a corporate entrepreneur early when at age 12, he started a company that bought and sold coins. By age 25 he had founded an insurance agency that became one of the largest in Oklahoma. Expanding and adding to that firm, Thompson created a financial services holding company that operated in several states plus Bermuda, the Cayman Islands and England. He later sold his interests and joined his son as an executive in a computer memory manufacturing and distribution company, which by 1995 had grown to be in the top ten nationally by sales.

When that company sold, he decided to pursue a lifelong passion—writing archaeological thrillers. His burning interest in ancient sites, mysteries of the past, unexplained things in the jungle and stories of adventure in remote places drove him to frequent trips around the world. He has visited numerous historically significant sites, including Machu Picchu, Stonehenge, Avebury, Egypt, Petra and many ancient Olmec, Aztec and Maya cities in Mexico, Belize and Guatemala.
desire entrepreneurship motivation passion self-reliance