Sparking Conversations Around the World: Interview with Sawyer Steele of the movie "Connected" 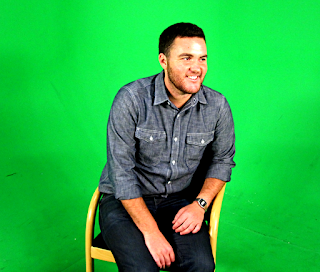 What a great place to interview a film-maker but in a green screen room at the San Francisco School of Digital Filmmaking. We caught up with Sawyer Steele of the Moxie Institute, writer and editor of the Sundance premiered and film-festival award winning movie "Connected: An Autoblogography about Love, Death & Technology "at the Transbay Film Festival. He discusses how they have brought the movie all over the world and how they create tools to encourage discussions around films are captured. Sawyer also discusses disruptive film distribution and the SF film-making scene. His insights are really inspiring.

"It is all about moxie, and not being afraid to take some risks and experimenting"

"Artists deserve to make money too"

Sawyer talks about how it is work in the SF Tech area and how it is to work with Tiffany Shlain, founder of the Webby awards. Sawyer has no film-making background but in his "seven year film-making internship" he credits Tiffany with a lot of learning of the film-making business. He talks about how a current film project was creatively localized in 65 languages to reach people with messages around the world. Sawyer discusses the how technology influences the way they do film projects. Sawyer encourages everyone to get out there, take risks and connect deeply.

The movie was just amazing as it touched multiple parts of your feelings and senses. The identification to this movie in the social age was very important and the fact I screened it in San Francisco made it equally amazing - fast-paced and tech.   Interconnectedness of everything is something you can't avoid in the world today. Grab your popcorn and make it point to view this film on DVD. You won't be disappointed.