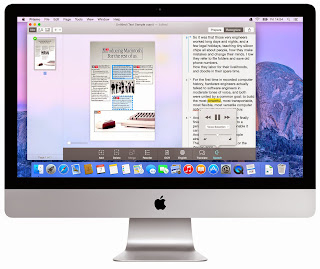 A few weeks ago, Creaceed released Prizmo 4 for iOS 8, and they had the awesome opportunity of being mentioned in Apple’s Keynote around iPad Air 2. Today, they release Prizmo 3 for OS X Yosemite including brand new features like Handoff support and extensions. Last but not least, the update is FREE for registered users of Prizmo 2.

What’s New in Prizmo 3?
Major new release with native OS X Yosemite support:
Revamped user interface taking advantage of Yosemite's translucency and vibrancy.
Handoff to easily switch from editing Prizmo documents on one device to another, with Mac, iPhone, and iPad support.
Image Cleanup Extension: Prizmo image cropping and cleanup capabilities are now exposed globally to other apps as an image editing extension.
OCR Extension: Prizmo OCR capabilities are now made available throughout OS X, as an extension. Textual contents can be retrieved from any image in other apps that support extensions (image viewing action).
Support for third-party exports: Prizmo can now invoke third-party export options (cloud storage, email clients, social networks…) that have been installed on the system.