The Weekend Review: Beware of Reptile Alien Thieves - They're Unstable 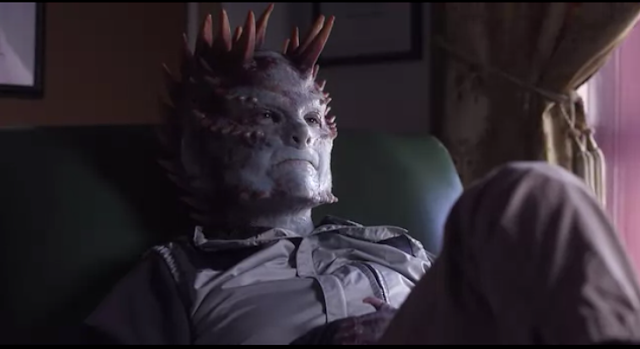 Thanks to Conde Nast Entertainment for the content for this review. STRYKA is a wonderful sci-fi comedy short based in near-futuristic Brooklyn, about a Reptile Alien thief called STRYKA. STRYKA, played by Aimee Mullins (Cremaster), is going through a mid-thief crisis as she is growing a bit tired of fellow partner thief played by Rupert Friend (Homeland). You see STRYKA telling her inner struggle to a robot therapist about leaving the current partner for a more lucrative theft partnership. This short is directed by Emily Carmichael. and is live now on the The Scene's ARS Technica channel. Check it out!

Lucy Jenner said…
This comment has been removed by the author.
11:12 PM

Lucy Jenner said…
Your blogs and every other content are thus interesting and helpful it makes me return back again.
kbmdc.org/

Timy Tons said…
Most I can state is, I don’t know what to comment! Except needless to say, for the superb tips which are shared with this blog. I’ll think of a thousand fun methods to read the posts on this site. I do think I will finally take a step with your tips on areas I could never have been able to manage alone. You’re so careful to permit me to be one of those to benefit from your helpful information. Please recognize how much I am thankful.
www.buddygenius.com/best-reptile-light-bulbs/