Eventide H9 - A Lesson in Product Design with an iOS Interface 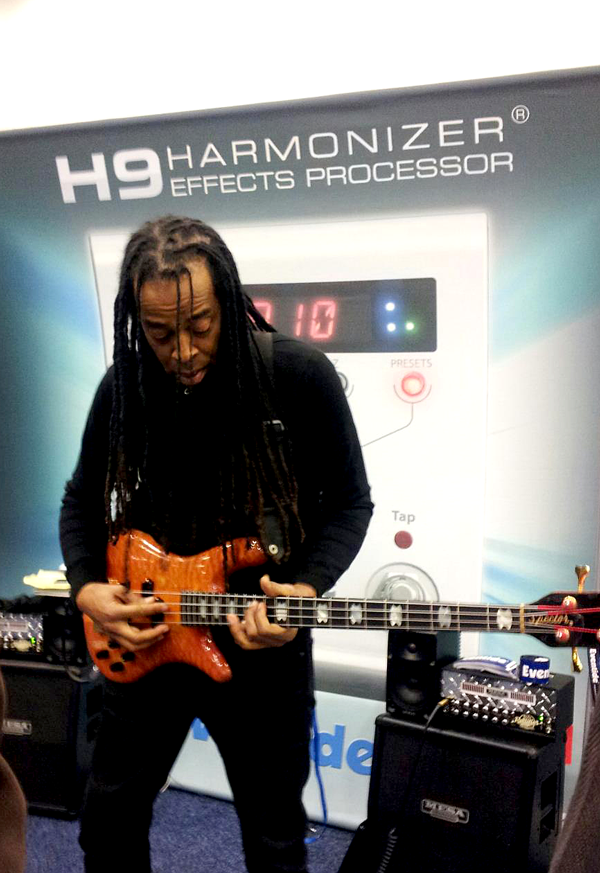 UI design seems emphasized these days, especially on portable devices. How about hardware working with iOS devices? Eventide shows that their new product, H9 Harmonizer, was carefully designed taking a product that had 11 knobs and boiling it down to one and putting the rest on the iOS device. We talk with Tony Agnello, president of Eventide as he talks about some of the challenges in designing with iOS and redesigning an existing product.


The H9 was developed by Musician / Developers

"We have been making special effect processors for a number of years...in fact George Lucas used our effects on the first Star Wars film, that was the harmonizer"

"We realized that the processing power that we needed to fit in a small enough box that a gigging musician can take on the road...we had box that focussed on time delay effects, reverb effects, and they had a lot of knobs...with the introduction of the iPad we realized here is an opportunity to change the way we did things...wouldn't it be great if we can put all the controls where they should go in a modern form"


H9 was introduced at NAMM this year and is not shipping yet. Getting the UI right was a tremendous challenge. Getting a product design to be simple and intuitive is a big challenge for UI people. The H9's  UI on the iOS device allows much flexibility and you can create many presets on iOS to tailor preset controls for different gigging situations. To get from all their effect boxes where they had 11 knobs to go to one knob on the H6 is an engineering feat. Tony's team had both UI challenges on the SW side and the HW side. A unique feature of the H9 is that Eventide allow you to purchase more effects through the iTunes store which allows you to expand your effect library.

Tony's team did a great job of merging an older technology product with new school technology. I personally think this is a harder task than starting with a green field. Tony shared how getting a product to work well should be the ultimate goal. His words imply that there is no compromise especially when there is a group of musicians already using their existing products. This is no big trend as we see many products moving that direction with the computing power of the iPad. If you are a musician you shouldn't be disappointed with the products approach and its flexibility.