By Adolfo - February 11, 2013
Adolfo Foronda was a featured guest on the great Play This! podcast over at TechHive with hosts Carlos Rondela @onawa and Jason Cross @jasoncross00 have a listen, 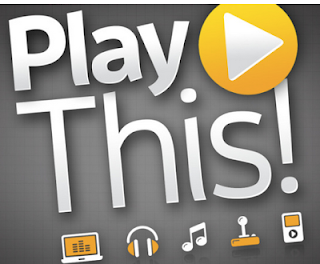 Or, if you prefer, download the MP3 of this episode.

"What do you get when you cross a traditional Japanese RPG with the creators of classic animated movies like Spirited Away, Princess Mononoke, and Howl's Moving Castle? You get Ni no Kuni, which is weird, jeuvenile, and wonderful. We talk about that, Metal Gear, UFC, and much more on this week's show. We're joined by Adolfo Foronda from Nerdstalker.

Links from this week's episode:
Got something you want us to talk about, check out, or a guest you want us to try to book? Send us mail at entertainment@techhive.com with the subject: Play This! podcast. Or, tweet at us @TechHive.
Please, subscribe to the Play This podcast using this RSS feed or iTunes." - via TechHive.com
anime cinema entertainment film gaming music playthis subpop tech techhive transhumanism